Meynell Primary School is excited to be part of the 2017-18 Healthy Minds project.

Sheffield Healthy Minds is a project that aims to promote better links between child and adolescent mental health services (CAMHS) and education, in order to better promote emotional well-being and early recognition of mental health difficulties.

Children and their families recently completed a survey. Below is a summary of some of the findings:

2. The data highlighted a proportion of pupils that may have been having a difficult time or who were generally emotionally vulnerable. 3% of children reported that they were not doing very well in themselves, in their family (3%), in school (4%) and overall (2%).

3. Children reported that their biggest problems were: 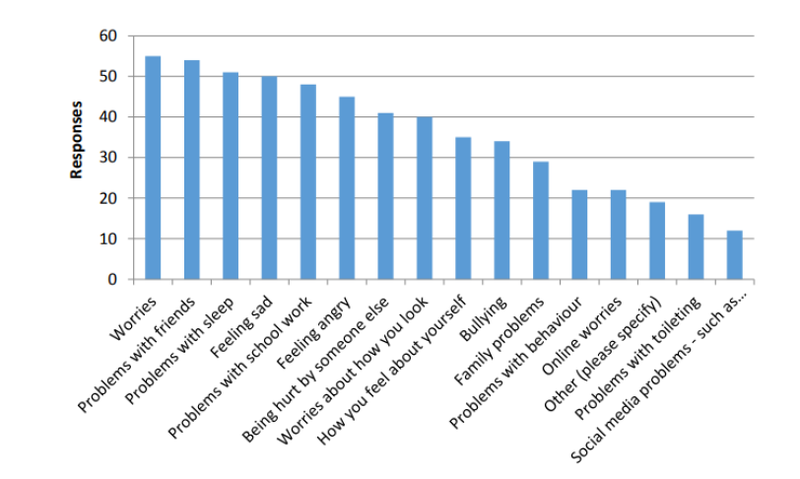 Following this survey we will work in partnership with our link CAMHS clinician to identify key areas of intervention to address our children’s emotional wellbeing at a whole school level, thinking systemically about what areas could be improved and addressing the needs of the most vulnerable students by enhancing and supporting staff skills through reflective practice.

Unfortunately not the ones with chocolate chips.

Some cookies are necessary in order to make this website function correctly. These are set by default and whilst you can block or delete them by changing your browser settings, some functionality such as being able to log in to the website will not work if you do this. The necessary cookies set on this website are as follows:

Cookies that are not necessary to make the website work, but which enable additional functionality, can also be set. By default these cookies are disabled, but you can choose to enable them below: